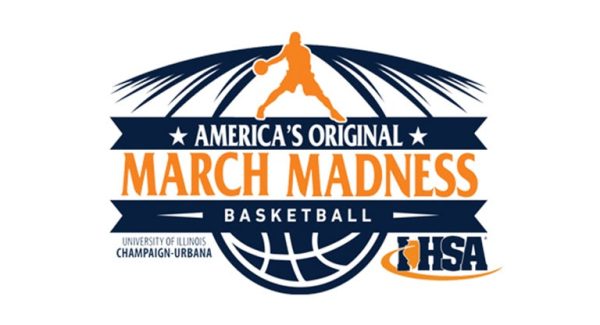 (December 15, 2022) – For the first time in the history of Central Community Unit School District 301, Central High School will serve as a host for the Boy’s Basketball Sectional for the 116th edition of the Illinois High School Association (IHSA) State Tournament. It’s just one event that will highlight a host of state tournament competitons across basketball and wrestling on Rocket Hill.

“This is an exciting time for our Central Rocket student-athletes, its community and an opportunity for others to see all the great things that help make Central High School a place to host such events,” said Ted Juske, Central High School Athletic Director. “To have an exciting month of postseason events in our building is a big deal for our community. We’re honored to be a small part of ‘America’s Original March Madness’ and we can’t wait to host some great games on Rocket Hill.”

In the midst of the most successful stretch of Central Rockets basketball, the boy’s team is following a school record 31-win season in 2021-22. Meanwhile, the girls program will push to earn a top 3 seed for the ninth time in the last decade, reaching the regional final every year in that stretch highlighted by a 4th Place State Finish in 2014. The Rockets girls program has won 27 games or more in a season on five (5) different occasions in the last decade. Central High School has served as a regional host previously for both boys and girls basketball on multiple occasions, however, this will be the first time that the boys program will host this level of the tournament. The girls hosted the Class A Sectional in 1984 en route to a Supersectional appearance that season.

“We love having the IHSA State Tournament because it allows us to showcase the best of Central 301,” said Dr. Todd Stirn, Superintendent of Schools. “As we continue to grow in enrollment, we expect to have more major events in the district. This year, the road downstate will have to go through Rocket Hill and we will build on that in the future.”

Central’s wrestling program is set to host the IHSA Class 2A Regional Tournament for the first time in 14 years.

“We’re thrilled that we’ve been selected to host this year,” said Vince Govea, head coach of the boys and girls wrestling programs. “Our student body is growing every year, our girls program is growing every year. It’s a great time to be involved in our wrestling community. It will certainly be nice to be at home for a change.”

The Rocket grapplers hosted last in 2009 en route to a 2nd place finish and they boys will be seeking their first Regional Title in 15 years. Since the turn of the century, the Rockets hosted the regional tournament in 2000, 2002, 2003 and 2005 as well. This year’s IHSA Regional Tournament will be held on February 4, 2023.

The 2023 edition of the IHSA State Basketball Tournament will begin with the Girl’s Regional Quarterfinal round on Saturday February 11, hosted by the higher seed. The Regional Semifinals will be held on “Rocket Hill”  on either February 13 or February 14, 2023 with the Championship game set for either February 16 or February 17. The pairings and full schedule for the girls will be announced in the first week of February.

Central Community Unit School District 301 was founded in 1951 and educates more than 4,900 students from Elgin, St. Charles, Campton Hills, Sycamore, Hampshire, Pingree Grove, Maple Park and Burlington. More than 270 educators work at four (4) elementary schools, two (2) middle schools, and one (1) high school within the district spread out over 83 square miles in Central Kane County. As one of the fastest growing school districts in the United States, Central 301 has consistently received an “A” rating from Niche as one of the Top 25 unit school districts in Illinois. A majority of our district schools are ranked among the top 10 percent, per the Illinois State Board of Education. Please visit www.Central301.net for more information.